Rare Earths, Plan Nord And The Future Of Quebec 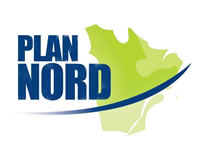 Earlier today I had the pleasure of attending a luncheon in New York, given by the Foreign Policy Association (FPA). The FPA hosted the event to honor Jean Charest, the Premier of Quebec, with the Association’s Statesman Award. Premier Charest gave a fascinating keynote address titled “Plan Nord: Building Northern Quebec Together – the Project of a Generation“, in which he laid out his vision for Plan Nord, the recently launched strategic, sustainable development plan for the province.

Plan Nord will unfold over the next 25 years, and when completed will have invested an estimated $80 billion and created an average of 20,000 new jobs per year. As Premier Charest stated, “Plan Nord will be to the coming decades, what the development of La Mancicougan and James Bay were to the 1960s and 1970s”. It could also have a major positive impact on the development of technology metals in Canada, and rare-earth metals in particular.

Premier Charest made the point that Quebec has long recognized that having access to markets around the world is a key to the future success of the province. This was made clear in the significant support from Quebec and Quebecers for the free trade agreement with the US that was put into place in 1988 (before being superseded by the North American Free Trade Agreement (NAFTA). In recent years Quebec has realized just how dependent it has become on the USA for trade, and has made efforts to work with Europe and elsewhere to build new trade opportunities.

Premier Charest said that a few years ago, the province recognized the need to develop the province above the 49th parallel, and north of the St. Lawrence River and the Gulf of St. Lawrence. This is a region that is almost twice the size of France, and 10 times the size of the state of New York. It is a region that accounts for over 75% of Quebec’s installed hydroelectricity generation capacity but accounts for less than 2% of Quebec’s total population (around 120,000 people live in this region, including 33,000 First Nations and Inuit people).

The team behind Plan Nord believe that there will be strong demand for the natural resources in Quebec for many years to come – and this includes rare-earth elements, which are very much on the radar for the province. Not many people know that of the approximately 360 different rare-earth exploration and development projects that TMR tracks outside of China, almost 20% of those projects are located in the province of Quebec alone, making it the single-most important jurisdiction for ongoing rare-earths exploration and development in the world. Premier Charest acknowledged that the development of these and other resources in northern Quebec will require the development of infrastructure to enable these projects to happen. The development of roads and related infrastructure would be part of Plan Nord.

Premier Charest insisted that this development will be conducted with the environment in mind. He stated that 50% of the area covered by Plan Nord will be reserved for non-industrial uses, such as the promotion of biodiversity. A network of specifically protected areas will be developed by the Quebec government, covering at least 12% of the Plan Nord area by 2015.

Of the $80 billion slated for investment in the 25 years that the plan will run, $47 billion will be used to invest in new energy projects, with a view to adding 3.5 GW of renewable power capacity, including 3GW of hydro, 300 MW of wind energy and 200 MW of other energy production. Premier Charest commented that the production of this energy will be a key element of the sustainable development of the territory, but that the ability to produce energy was a critical component in the trade relationship between Quebec and the USA – Quebec could be a significant partner for its southern neighbor in this regard. Premier Charest gave the example of a recent 26-year agreement with the state of Vermont – Quebec provides 30% of Vermont’s energy needs, and it is no coincidence that Quebec and Vermont have the lowest carbon footprint of any jurisdictions in their respective countries.

Most interesting to me, was the Premier’s pragmatic comment that in the next 20-30 years, all indications are that a new maritime route will open up above the northern shore of Quebec, as a result of the lack of sea ice because of climate change. If such a route comes into existence it could shave three days off the time that it takes to ship goods by sea from Europe to Asia, and would rival the new canal being built in parallel to the existing Panama Canal, to accommodate ever-larger vessels. Premier Charest pointedly noted that Canada’s claim over the seas through which such a route would pass, is not presently recognized by the USA and Europe, and so the coming years will see significant political and strategic discussions among various nations, as the issues are resolved. A key concern of the Federal government of Canada, and the provincial government of Quebec, is the fragile nature of the environment in the north of Quebec, and how future shipping routes and the associated infrastructure with that, could affect the province in the North.

Plan Nord could have a significantly positive effect on the development of rare-earth and other rare-metal projects in Quebec, and indirectly in Labrador as well, since Labrador shares a border with Quebec to the latter province’s east. It’s an interesting example of a jurisdiction putting together an integrated, coordinated effort to develop its resources, one that could have far-reaching consequences for Canada, North America and the rest of the developed world.

My thanks go to Investissement Quebec, for the invitation to today’s event. We’ll keep an eye on the Plan Nord story, as it relates to rare metals and rare earths in particular, and will let you know what unfolds. In the meantime, you can find out more about Plan Nord, at its Web site at: www.plannord.gouv.qc.ca.

Quebec is certainly mining friendly! Among Quebec REs, prefer those near existing mining and smelting; possibly Geomega has merit, noted good Neodymium content from open pit potential operation.
Went to Neo Material Annual meeting Tuesday; had excellent 1Q2011.
Apparently their Pitinga REs recovery from tin tailings in Brazil has a problem of too much tin residue. Not on your list?
Noted Mount Weld problem of thorium in Malaysia, shouldn’t the cracking and/or extraction step be done at the mine site, with the intention of having a concentrate free of thorium? Why not show thorium levels in your excellent tables?
thanks and regards,
John Clark.

@John Clark: I have a partial list of the reported thorium content for some of the projects on the TMR Index, but not for all projects, since some have not and will not publish the data…

Pitinga is on my list of 360-odd projects in the sector. To my knowledge it has no 43-101 / JORC compliant or reliable historical resource estimate, so is not on the main Index.

It seems to me for the sake of world minerals demand , especially the rare earths , where China is the world supplier and exporter , Province like Quebec follows sue in the engagement for the Plan Nord .

Thorium which is radioactive and dangerous to human life being ignored , in underling its to scientific-safety debate is the projection of eminence . But investment and construction of the rare earth plants continue all over the world seem without regret . Gebeng in Malaysia is an example .

Plan Nord will come to reality . Nuiklavik is the economic saver for the Province of Quebec . Elements found enough for Quebec economic independency to gain Quebec complete autonomy .

Obviously Jean Charest, the Premier of Quebecis, is not a climate change skeptic or denier. He welcomes climate change while at the same time that the Canadian National Government stated that it will not be a signatory to Kyoto Protocol Version 2.0 that will be discussed at the COP 17, 28 Nov-9 Dec 2011 in Durban, South Africa. Meanwhile the country with the largest French speaking population in the world continues to support the Kyoto Protocol Version 2.0 and the EU emissions trading scheme.

In terms of REE the two major projects in northern Quebec are Commerce Resources Corp. (TSXv: CCE) and Quest Rare Minerals Ltd. (TSXv: QRM). The Quebec government has published a planning map that includes road and rail to run north along the west side of CCE up to Kuujjuaq – a remote air access only community. There are also substantial iron ore and nickel projects in the north. For more information on the specific REE companies: http://www.commerceresources.com, and http://www.questrareminerals.com

Hope it succeeds and Quebec meanders off as an independent country and the rest of Canada can breathe a sigh of relief.

Thanks a lot Gareth for the info and update.

Quick question, please tell me P. Wong is going to locate his HREE separation facility in Quebec and that they are talking to Quest and other players to cooperate??

That would make so much sense. Hopefully no hippies attended the meeting! haha.

Next post: Implications For Investors Of The Dramatically Increasing Chinese Virtual Demand For Rare Earths