On July 15, 2010 I visited Rare Element Resource’s (TSX.V:RES) proposed mining site in Wyoming. When I got back to Detroit, I had to start preparing for the trip to China that I took at the end of July, so I am just now getting to write a report for you, of my observations on the state of the Bear Lodge development.

My tour of the Bear Lodge property, which is a short drive on a main highway from Rapid City, SD, was conducted by the CEO of Rare Element Resources (RER), Don Ranta, who is a PhD geologist and, unusually for a rare earth miner, an American – born in Minnesota and now living near Denver. RER is a Canadian-owned company, and the company’s CFO, Mark Brown, was there during my visit also. The company’s VP for Exploration, the well-known and respected Dr. Jim Clark was also there. Jim works professionally with Dr. Anthony Mariano, the ‘dean’ of global rare earths geology.

My friend, the irascible Dr. Dave Trueman, a consulting geologist of renown in the rare metals field, was original scheduled to join us, but Dave was in the Nevada desert looking at undeveloped lithium brines and couldn’t join us on the trip. Via Skype, he told me that Don Ranta was an unusual rare earths company CEO in that “he actually knows what he’s talking about, when it comes to rare earth geology.”

I think Dave is right, and I want to add that RER is managed by competent businessmen, some of whom are geologists. Mr. Brown is a Chartered Accountant in Vancouver  (the Canadian equivalent of a US CPA), and I found him very well-grounded in the supply and value chain issues that need to be considered and incorporated into a business model, to create a commercially successful rare earth venture.

In summary, the managers of RER are unusually impressive for a junior mining venture and would be equally so in any venture, I am sure.

Now, as to the deposit which they hope to make into an ore body. My colleague Gareth recently prepared a chart from the data published by RER, which you can see by clicking on the image below: 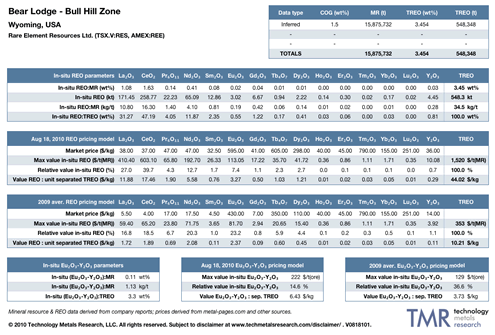 [if the above doesn’t open properly, click here instead. ]

RER is completing its current drilling program so as to be able to publish a preliminary economic assessment during this quarter, and move forward in compliance with Canada’s 43-101 protocol (in my opinion the best verification program for mining ventures in the world.)

The data in Gareth’s chart, plus my own knowledge of the ‘business’ of separating and refining of the rare earths, tell me that there is a high probability of Bear Lodge being the USA’s lowest-cost production site for separated purified materials made up of light rare earths, and commercial quantities of europium, which reports in the Bear Lodge ores at five times the concentration grade of europium in the ores at Mountain Pass.  The form of the Bear Lodge ore may also be a big advantage, if it proves out to be composed of as much weathered material as is predicted, and hoped for, based on the material they have recovered so far.

In rare earth mining small is beautiful. Mines can sometimes be too big to succeed, but Bear Lodge is not likely to be one of those.

Check out these photos from the trip, courtesy of the folks at RER – click on them to see the enlarged versions: 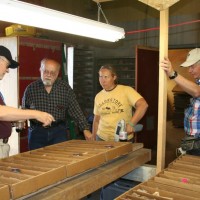 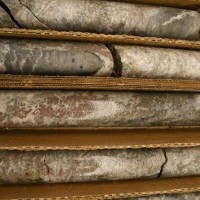 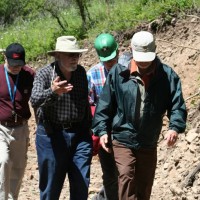 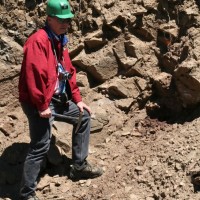 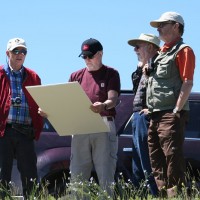 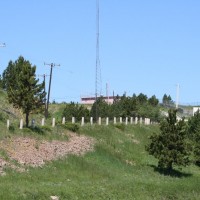 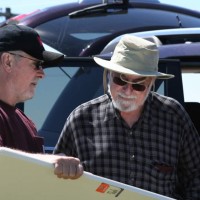 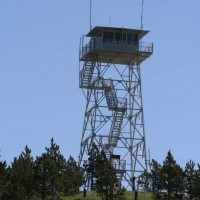 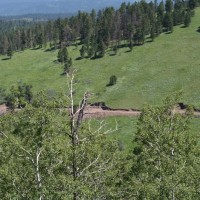 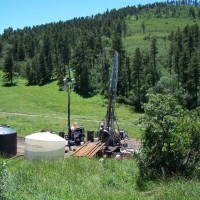 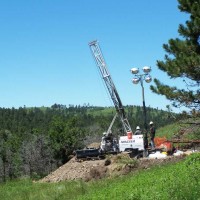 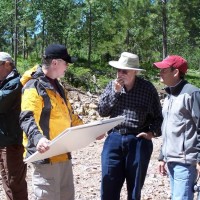 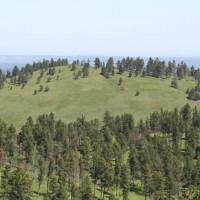 In other news, I recently just returned from the Bokan Mountain project in Alaska, owned by Ucore Rare Metals (TSX.V:UCU).  If I had both the capital and the stamina I would buy Bear Lodge and Bokan Mountain and produce from them the entire range of rare earth elements (‘lights’ and ‘heavies’) in amounts that would satisfy US demand in total. With the surplus I would export to Asia the heavy rare earths that the Chinese, Japanese, and the Koreans need today and increasingly will need in the future. I would construct two separation plants, one at each location, and one refining plant to serve both.

The USA would then be independent of the need for foreign sources of all of the rare earth metals, and its rare earth permanent magnet industry could be restarted.

In the near future I will tell you about my trip last week to Bokan Mountain, and my discussions there with Jim Barker and Tony Mariano, on the sites of some of the richest samples of heavy rare earths in the USA. The extent of those minerals and an appropriate metallurgy is to be determined, but I think that Ucore’s deposits, when fully explored later this year, could make the USA independent of the rest of the world for its heavy rare earths.

It’s exciting to see developments such as Rare Element Resources and Ucore Rare Metals in the USA.

By the way, I congratulate Rare Element Resources on its listing yesterday on the NYSE Amex exchange. That’s a brilliant business move.

Jack Lifton is a leading authority on the sourcing and end use trends of rare & strategic metals. He was a co-founder of Technology Metals Research and is President of Jack Lifton, LLC, consulting for institutional investors doing due diligence on metal-related opportunities. The views and opinions expressed by Jack on this archived Web site are his alone. Such views and opinions do not necessarily represent those of any other person or entity.

Jack, thanks for the great report. Just so you know, the table in your report cannot really be read even when you blow it up. I would love to see what it says but you can’t make it out.

Thank you for the report. Gareth’s table was very useful (I was obviously using older data) and was perfectly readable on a 27′ iMac but I can see how it might be a bit challenging on a laptop or netbook.

Keep up the good work guys – it is appreciated!

I get the feeling of the opening of a new frontier with names like Bear Lodge. I, too, tried to enlarge the chart but without success. I am not familiar with Europium. Can you tell us a bit about it, Mr. Lifton?

Folks – we’ve added a separate link below the screenshot – let us know if that works for you?

One further comment: the data in the chart is based on metric units – I converted published data from Rare Element Resources [RER] that was not in metric, into metric. That’s why the Inferred Mineral Resource number might appear to be a little lower than the one published by RER – it’s because the data is in metric tonnes, and not in [short] tons.

Thanks for the update, the new chart is perfectly readable, and yeah, I’m on a laptop.

Kenth: we are in the process of developing a mechanism for providing regular, updated information on rare earths deposits as well as REO market pricing. One caveat is that the prices for some of the lesser-used heavy REOs tends to be less reliable, since there are less data points.

prescient11: glad to hear you can now see the chart.

When I remember well, it can take several years before a mine can get exploited. An extra element in this is that there few companies world wide able to start up a mining project, and they are all busy for the moment.
So practically, when do you think both sites could go open / up and running? Not less than 5 years I assume.

Previous post: A Quick Note On Recent News From China