Follow TMR at TwitterSubscribe to the TMR RSS Feed
Home » Rare Earths, Site Visits, Uranium » The Ames Laboratory: A Visit To The Mecca Of Rare Earths

The Ames Laboratory: A Visit To The Mecca Of Rare Earths

Anyone delving into the history of the rare-earths sector, will eventually come across the US Department of Energy’s Ames Laboratory (Ames Lab) and its important role in the science and engineering of rare-earth materials. Ames Lab was officially founded in May 1947 in Ames, Iowa, but has its origins in the vital work undertaken by scientists at Iowa State College (later to become the Iowa State University), to develop uranium purification processes as part of the Manhattan Project.

Led by rare-earth chemist Frank Spedding and metallurgist Harley Wilhelm, this team produced the materials required for the world’s first controlled nuclear chain reaction, which occurred at the University of Chicago in December 1942, and over 1,000 t of uranium for the Manhattan Project as whole.

In addition to uranium purification, Ames Lab developed expertise in the separation and purification of other metals, including the development of the first ion-exchange processes for the separation of rare-earth elements. It also developed materials such as lead-free solder, and boron-aluminum-magnesium alloys – one of the hardest bulk materials available, after diamond.

At the end of March 2011, I had the opportunity to visit the Materials Preparation Center, courtesy of Dr. Karl Gschneidner, Senior Metallurgist at Ames Lab, Distinguished Professor at Iowa State and well-known to the wider rare-earths community as “Mr. Rare Earth”. I have previously written about the Rare-earth Information Center that was based at Ames Lab from 1966 until 2002, overseen by Dr. Gschneidner and later by Dr. Bill McCallum, both of whom still work at the Lab. 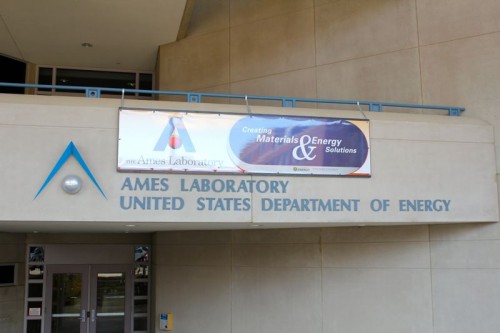 Since its inception, Ames Lab has been based on the Ames campus of Iowa State University. Its Materials Preparation Center is an ongoing center of excellence for the production of high-purity materials. The ability to produce and to procure such materials is an often-overlooked but critical aspect of being able to conduct basic and applied scientific research on such materials.

After spending time with members of the senior staff, we had an opportunity to tour parts of the Materials Preparation Center. You can see photos of pure rare-earth elements and the equipment used to produce them in the photos below. 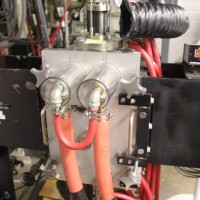 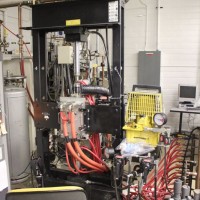 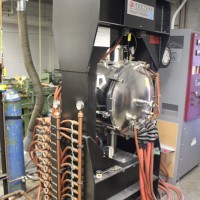 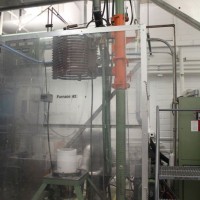 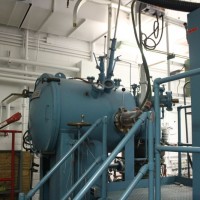 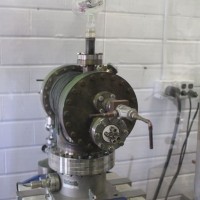 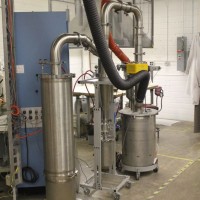 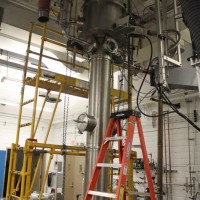 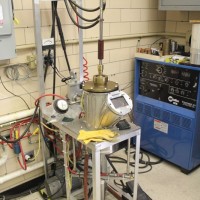 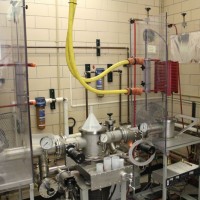 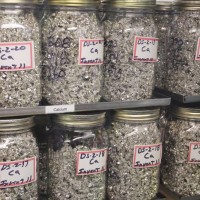 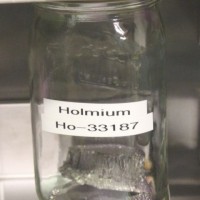 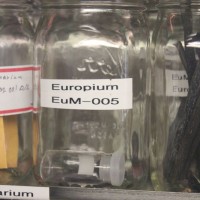 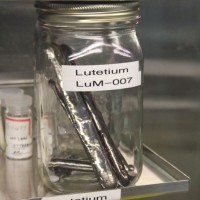 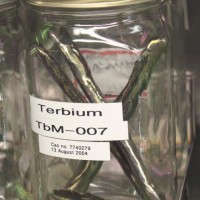 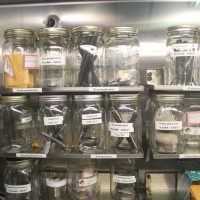 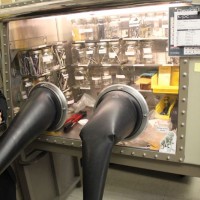 For those interested in numbers, Ames Lab has an annual budget of approximately $36 million / year, a staff of over 250 scientists and engineers, and more than 150 other employees. It also has over 350 associates in departments throughout Iowa State University. It is clear that Ames Lab continues to be an important center of materials-science research and development.

My thanks again to Dr. Gschneidner for making the visit possible, and to Debra Covey, Cynthia Feller, Dr. Alex King, Dr. Duane Johnson, Larry Jones, Dr. Bill McCallum, Dr. Vitaly Pecharsky and Dr. Rick Schmidt for their time and hospitality during the visit.

Date Correction: The RIC was founded in 1966. Though no longer in operation, the RIC Newsletter is still available at http://www.ameslab.gov/dmse/rem/archive

@Trevor: thanks for the note, and for spotting the typo. I have made the correction.

Amazing place. The closing of the RIC seems tragically shortsighted. Please tell me it a rational decision and not one based on academic politics.

Bob M: I think they eventually just ran out of money – it had been funded by donations from users of the service within the industry, and as the industry declined, so did the income.

Gareth, is everyone on vacation!? Still looking forward to your write up on your conversation with Dr. Chen. Hope you have been well.

@prescient11: we have a new article from Jack coming very soon. I am also in continued discussions on the content of further materials from Dr. CHen – we’ll keep you posted.

Next post: In Xanadu Did Goldman Sachs Decree A Rare Earths Surplus For All To See